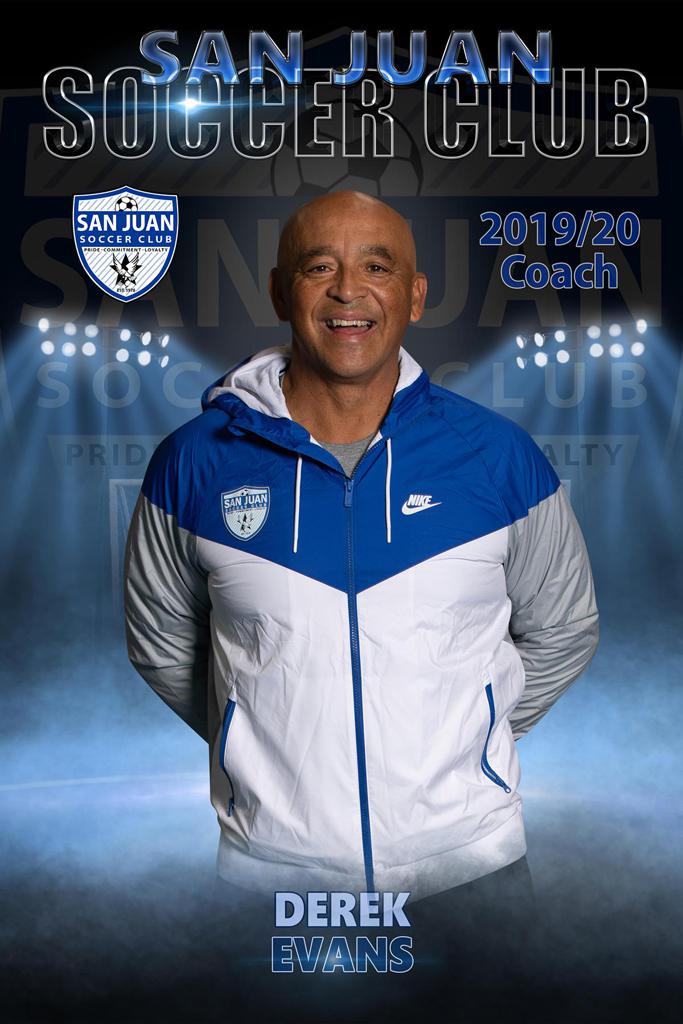 Derek joined San Juan Soccer Club in 1989, and serves as a coach for both the boy’s and girl’s side of the club. Coach Evans holds a NSCAA National Diploma (2008) and USSF National “A” License (2010). As a player he played for the San Jose Earthquakes professionally, was a member of the US Olympic 1980 team, and San Jose State University team. “The activities that I am fond of include biking, working out, hanging at the beach when it is warm, and eating great sushi.” Derek’s favorite player is Lionel Messi, and the Barcelona team that has revolutionized the game of soccer and how it is played.