President's Cup is for U9-U14 and will be played on February 16-18 at San Juan Soccer Club's Field Complex.

All age groups will play in a tournament format with a guaranteed 3 games.  Awards will be given to the age group champions and finalists following championship games. 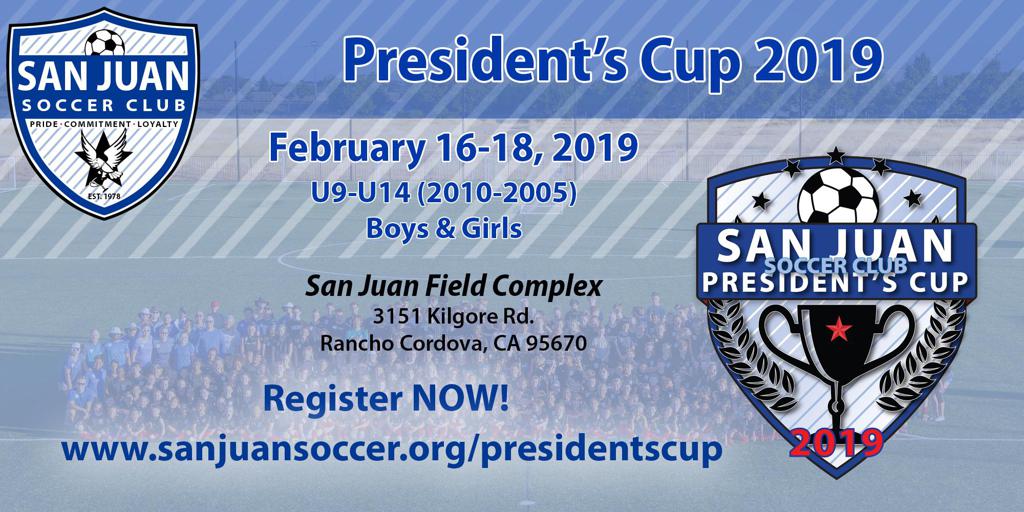