The San Juan Lightning Boys '02 (U16) concluded their final season game winning in the State Cup Finals in PK's after a 2-2 game in regulation and overtime. They played against a worthy opponent in SF Elite Academy 02 team, that came ready to play and had our team under pressure the entire game.

The Lightning boys were down 2-1 and came back late in overtime with a sensational equalizer header goal by team Captain Christian Powell. From there they went on to win in PK's 4-3, with 2 outstanding saves by keeper Drew Brimson.

This concluded an extremely successful 2nd half of the season where the Lightning 02 Boys were undefeated in 2018, running the table at 18 wins, 1 tie, and no losses.

Congrats to the Lightning 02 Boys, State Cup Premiere Champions, NPL Champions, the lads were brilliant down the stretch. 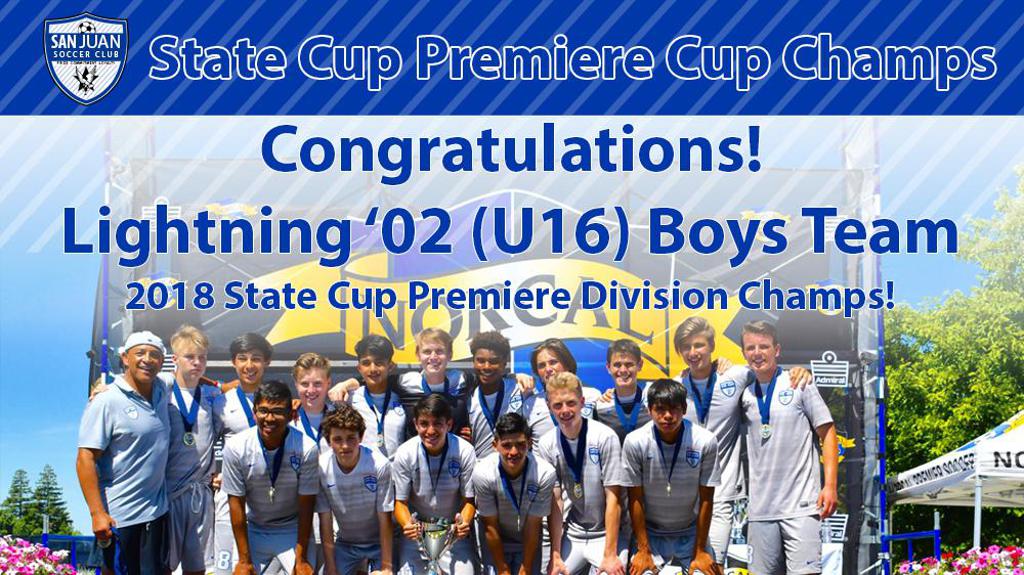