San Juan Soccer Club is excited to announce that Pedro Lupercio will be joining the coaching staff! Pedro comes to San Juan after working as a technical director and head coach for the Elk Grove United Soccer Club since 2010. Lupercio grew up in Dixon and graduated from Sac State in 2007 with a degree in Kinesiology.

“I’m really excited to begin working in such a prestigious club. I look forward to helping players achieve their highest soccer potential and become better athletes and individuals.”

Lupercio comes ready and accredited with USSF “B” and Advanced National Diploma. He and his wife Paulina have a daughter, Valentina, born in August 2015. 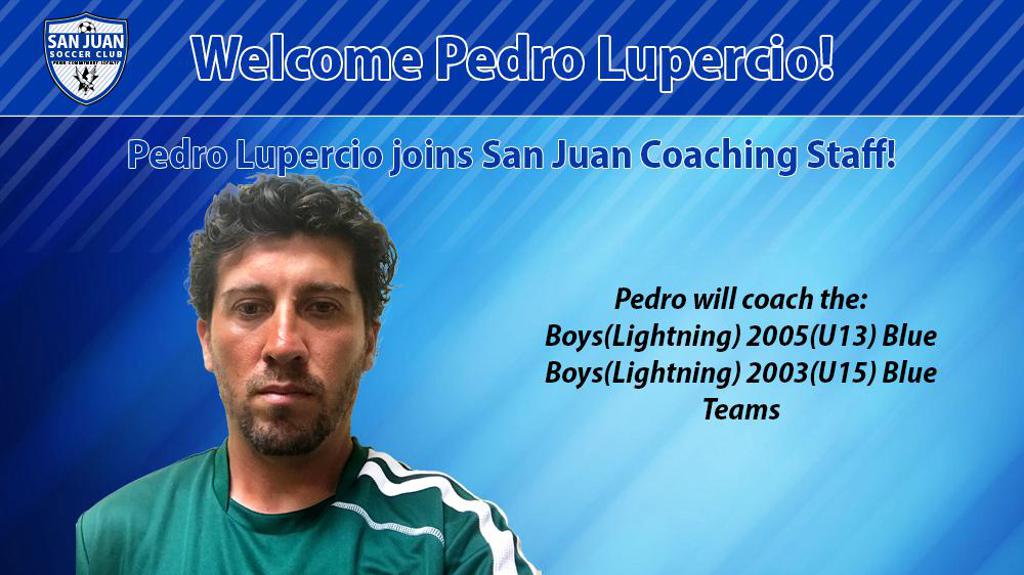