Sacramento Gold FC will face Sacramento Republic FC of the United Soccer League in a preseason friendly on Wednesday, February 22 at American River College. Kickoff is set for 7 p.m.

"Both the Gold and Republic FC are excited to play each other on what is definitely the best new natural grass pitch in the region," said Sacramento Gold FC owner John Nunan. "The proceeds benefit the men’s and women’s soccer programs at American River College. They are our great partners in our efforts to bring great soccer to Sacramento."

Since 2014, Republic FC has been one of the most successful minor league soccer clubs in North America, capturing the league championship in its inaugural season and setting several attendance records. Last season, Republic FC finished atop the Western Conference, but was eliminated from the playoffs on penalties by the Orange County Blues.

Tickets are $10 for general admission seating. Sacramento Gold FC has purchased a block of tickets from American River College. Fans interested in purchasing tickets can contact us at SacGoldFC@usa.com. Folks can also purchase tickets online here. 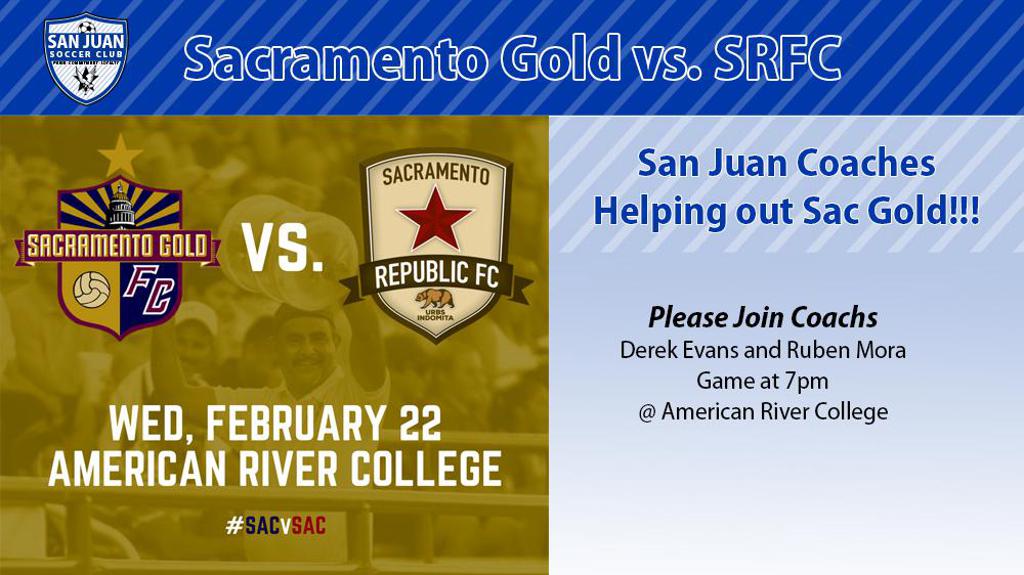