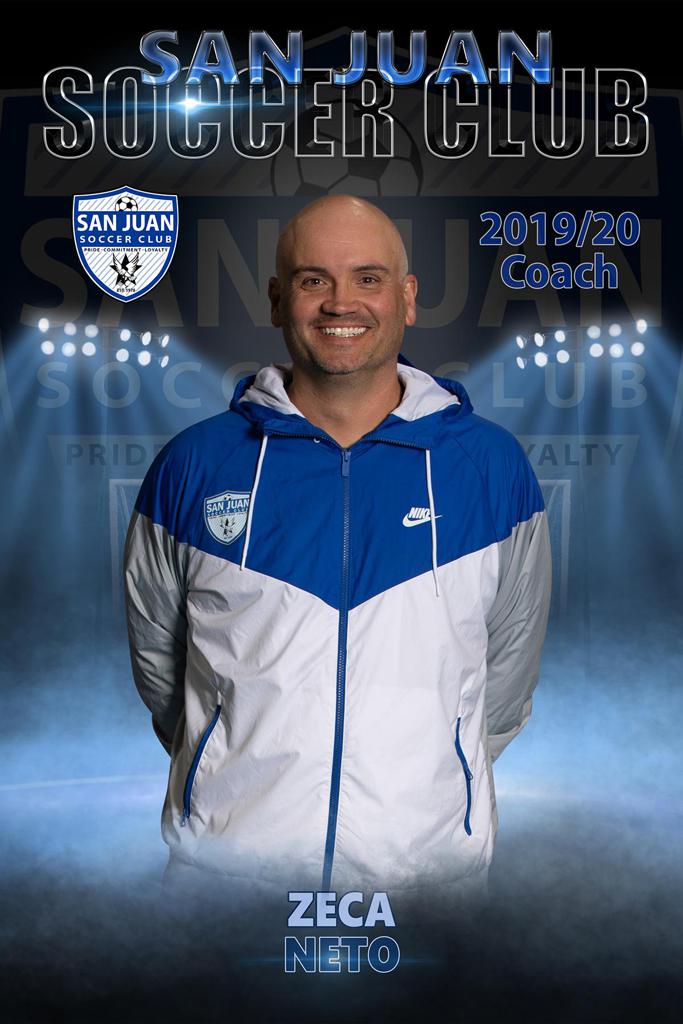 Zeca has been on the San Juan Coaching Staff since 1994 and serves as a coach and the current Girl’s Coaching Director. When coaching he is able to share his unique playing experience having played in Brazil for Fluminense Futebol Club, Rio de Janeiro, Uniao Nacional de Macae, Bangu Futebol Club, Rio de Janeiro. His coaching achievements include ECNL B Challenge Nationals Champions and Spirits ’94 National Champions. “ I really enjoy coaching these players because their desire to improve their game is such a priority that they do the work and don’t talk back.” Zeca’s favorite player is Socrates.